Home » Magnesium Supplements » How Long Does It Take For Magnesium To Work?

You have the symptoms. You’ve started taking magnesium.

Now the question is: how long does it take for magnesium to work?

I’ve been asked about this a lot recently and it's a very important question.

Below you will find a summary of my own experience recovering from magnesium deficiency, including what I did that helped me recover faster.

The content provided here is for informational purposes only and should not be used in place of the advice of a healthcare professional. While my wife and I have been taking magnesium supplements every day for years, I can't say how they might affect you. Always consult a doctor if you have health concerns: don't try to self-diagnose!

Chances are it took your body a long time to lose its magnesium.

No matter what caused it, losing your magnesium is similar to losing weight. Just like taking in less calories over a long period of time will result in gradual weight loss, taking in less magnesium than you need (or losing more than you should) will eventually deplete you.

How long it takes to become deficient can vary though. It depends on the cause and just how big the problem is. Various medications and health complications can also make matters worse.

In general though you need to remember that it was probably a gradual change that made you low in magnesium in the first place.

It Takes Time for a Magnesium Supplement to Work its Magic

Taking any supplement is not a quick fix.

Your body needs to rebuild its magnesium levels, but it can only absorb so much of any vitamin at one time.

So depending on your level of deficiency it can take a while to build your levels back up to a point where your symptoms start to fade. 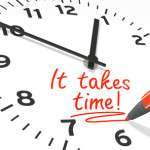 Healing can be slow, but better magnesium helped me recover faster

I’ve been there. I know it sucks. You’re dizzy, or nauseous, or anxious, or scared, or your muscles hurt, or your head throbs. Or even worse all of this is happening at once.

And you just want it to end so you can get back to your life.

But I can tell you from experience that recovery is possible.

It just takes a while.

I will say however that I recovered faster when I started taking a better quality magnesium supplement.

Your One Job: Fix The Cause of Your Low Magnesium

There’s one thing you can do while you wait though: figure out what caused your magnesium deficiency and do your best to fix it.

And remember to be your own advocate whenever you are seeking help from the health care system. Nobody cares more about your health than you do so you must take an active role in your care.

Do your own research and be informed. When dealing with doctors, be polite and respectful but also be pushy and demanding. Be the squeaky wheel that gets the oil. Be prepared to ask good questions and make sure they get answered to your satisfaction. 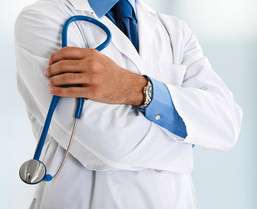 If your doctor isn’t answering your questions or you aren’t getting the care you need, open the phone book and find another one.

A bad doctor can waste your time and even make things worse. Yet a good, knowledgeable doctor that you can rely on is worth more than all the advice you find on the Internet (including mine!).

Above all, do not be afraid of doctors: they are experts (and have worked hard to be) but they are not authority figures. Just remember that you are their customer, so treat the doctor-patient relationship as such. They are working on your dime for you. Just like taking your car in to be repaired, you can always take it to another mechanic if things aren’t getting fixed.

My Recovery Experience (And How I Recovered Faster)

You’ve made it this far and I still haven’t answered your question. So here it is:

The answer is that it depends on so many things that it is impossible to know just how long it will take for you.

In short: I don’t know … and neither does anybody else.

All I can tell you is how long it took for me. Below is the answer that I’ve been giving to the readers who have written in:

The whole recovery process for me took around six months. However most of the improvement came shortly after I started taking a magnesium supplement.

A rough timeline would be:

There were definitely symptoms that lingered though (and actually still do now if I'm not careful):

So in short I was ‘mostly’ cured within days, with some lesser symptoms lasting a much longer period of time. The day the dizziness ended was definitely a turning point though. It was such a marked improvement that the symptoms that lingered became easily manageable. 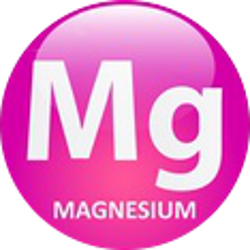 Click Here To See The Magnesium That Helped Me Recover Faster

It’s harder for me to say for sure just how long some of the symptoms lasted though. This is especially true for the ones that faded slowly over time such as the ‘vague fuzziness’. Eventually they faded to the point I hardly noticed them. Finally I ended up forgetting to ‘check’ for them until after they had already disappeared.

This is just my experience though, and I don't really have anything to compare it to.

As I mentioned though, I did find that I recovered faster when I started taking a better quality magnesium supplement.

What Is Your Experience?

So this is where I need your help: If you are going through this now or have previously, please leave a comment below with the details.

Please include the symptoms you've experienced as well as their duration.

I'm hoping that we can collect enough examples that anyone who comes across this post with the same question can get a rough idea of what to expect.

As always, you are strongly encouraged to consult with your physician or other qualified medical professional to help determine your own optimal level of magnesium, and to see whether magnesium supplementation is right for you.

And for anyone going through this right now, remember that you are not alone!

Disclaimer: The content provided on this site is for informational and educational purposes only and should not be used as a substitute for the advice of a healthcare professional. You should not use this information as self-diagnosis or for treating a health problem or disease. Information and statements regarding dietary supplements have not been evaluated by the Food and Drug Administration and are not intended to diagnose, treat, cure, or prevent any disease or health condition. If you are experiencing any health problem, always consult a doctor before attempting any treatment on your own.

My Magnesium Deficiency is a participant in the Amazon Services LLC Associates Program, an affiliate advertising program designed to provide a means for websites to earn commissions by advertising and linking to products on Amazon.com at no additional cost to you. Amazon and the Amazon logo are trademarks of Amazon.com, Inc. or its affiliates.